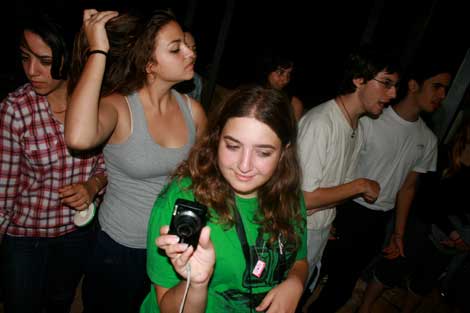 My name is Yam and I was in JITLI 2011 in the Sha’ar HaNegev group.  I want to tell you about an experience I’ve had during the trip. In one of the first days I was a part of an activity in which kids from both JITLI and JITLI-peacemakers where a part of. We were divided in to mixed pairs (Jews and Arabs), and talked about ourselves so that the other will get to know us and we will get to know the other. I spoke to an Arab girl from JITLI-peacemakers and it turned out that we had a lot in common. I was close to that girl throughout the whole trip, and I wouldn’t have gotten to know her if it wasn’t for that activity. This was one of the best experiences I’ve had on the trip.