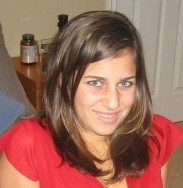 Originally from Israel and a front-row witness to the Palestine-Israel conflict, Marina Triner has made mutual understanding of the two religions a personal goal. She founded the Organization for Muslim and Jewish Awareness (OMJA) on campus and has spearheaded many events advocating appreciation and open minds. Staying strong in the fight, Triner gives us a quick Q&A.

What is your organization about? What was the propelling force in starting it?

I formed OMJA with Naomi Shissman (the co-president) to bring Muslims and Jews together at UCSD. OMJA uses the cultural and human similarities between the two religions to bridge the wide political gap. Our activities show the members how similar they are, and when we begin to debate politics, we try to use the established bonds between us to create dialogue out of the passionate yelling.

What are your thoughts on the Palestinian-Israeli conflict right now?

I feel great pain for my family and friends in Israel who fear rocket attacks every day. But I do consider both sides; I truly feel for the terrible living conditions of Palestinian refugees, and I do believe it is Israel’s responsibility to help. At the same time, my heart also aches for the constant terrorist and missile attacks on cities in Israel like Sderot, where the streets have literally become empty because citizens are scared to even step outside their homes. This conflict needs to stop, and I believe it will stop when both sides begin to form a human understanding for the suffering of the other and discontinue viewing each other as the enemy. 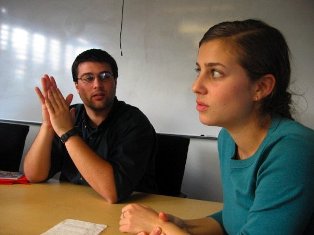 What hardships or hostilities have you encountered? The Jewish community, though extremely supportive of my work, sometimes sees me as a weak Israel defender. But I believe I’m doing the best work possible for both Israel and Palestinians. I value those activists who rally for a specific side, but I’m content with rallying for the understanding between the two. In addition, hostility from the Muslim community has also been a challenge. One of my greatest goals is to get the Muslim and Jewish student organizations to work together and cooperate, which has been difficult. However, I do believe that things will change for the better.

Biggest culture shock here? I think I was most shocked at the fact that people, especially in California, are not patriotic towards the U.S. In Israel, being patriotic towards the country is an honored notion. That doesn’t mean we don’t criticize Israel, because criticism of the Israeli government is actually a great hobby there. But here, I observed that people associate criticism with a lack of patriotism, which was pretty weird for me.

Best advice ever received? Be brave. Each one of us needs to be exposed to everything in this world, and though it upsets us when people have disagreeable views, we must listen and speak out, but never just walk away or shelter ourselves.